THE game is not yet up for Vladimir Putin.

But his extraordinary miscalculation yesterday in mobilising 300,000 military reservists might yet prove his undoing.

Within hours of his video rant yesterday, plane tickets out of Moscow had sold out, while the border with Finland was jammed with thousands of fleeing Russian vehicles.

Ordinary Russians may well have swallowed Putin’s propaganda about his “special operation” in Ukraine.

What they won’t suffer is the prospect of a grinding all-out war, the fear of which rose with his vow to press-gang into service anyone with previous combat experience.

Putin’s decision is not that of an iron ruler — it is the act of a desperate man who is failing on every front. 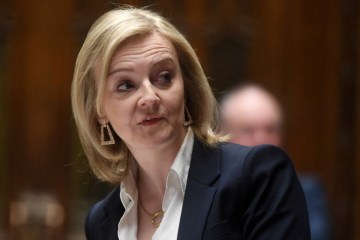 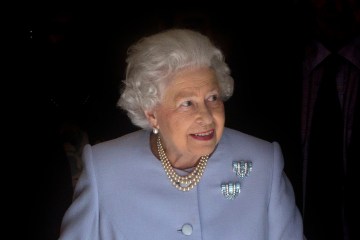 The best of his army has already been blitzed by Zelensky’s heroes.

With winter coming he needs to shore up his invasion force fast but rusty reserves riding vintage tanks will face certain annihilation.

That growing toll may well see the beginning of a groundswell of resistance to his murderous regime back home.

Backed into a corner, Putin has again resorted to threatening the West with nuclear strikes.

The dictator insists it’s not a bluff. But NATO’s allies must continue to call it — and step up military aid to Ukraine.

Putin’s defeat is in our grasp.

NEW PM Liz Truss is on the right track when it comes to tax.

Proposed cuts to stamp duty, National Insurance and possibly even income tax next year are steps in the right direction.

Small businesses facing the prospect of bankruptcy over crippling energy bills were also given some much- needed, albeit temporary, respite.

It makes no sense, then, to continue with the planned 5p increase in fuel duty next year.

Any family outside the London bubble will tell you the cost of filling up is one of their biggest financial headaches.

Food and clothing inflation is spiralling in part because of the cost of fuelling goods lorries.

Keeping duty down for 37million motorists will help to grow the economy as much as any other measure.

Included is an aim to “cut” waiting times for GP appointments.

Except it’s not a case of “The doctor will see you now”. More like a fortnight.

It’s progress, of sorts. What next, only a five-hour wait for an ambulance?

Guardianfreepress is an online news source that provides the latest news and other information about everything that you must need to know. It publishes news related to various fields like world, business, sports, politics, tech, health, lifestyle, and other different exclusive stories.

We use cookies on our website to give you the most relevant experience by remembering your preferences and repeat visits. By clicking “Accept All”, you consent to the use of ALL the cookies. However, you may visit "Cookie Settings" to provide a controlled consent.
Cookie SettingsAccept All
Manage consent

This website uses cookies to improve your experience while you navigate through the website. Out of these, the cookies that are categorized as necessary are stored on your browser as they are essential for the working of basic functionalities of the website. We also use third-party cookies that help us analyze and understand how you use this website. These cookies will be stored in your browser only with your consent. You also have the option to opt-out of these cookies. But opting out of some of these cookies may affect your browsing experience.
Necessary Always Enabled
Necessary cookies are absolutely essential for the website to function properly. These cookies ensure basic functionalities and security features of the website, anonymously.
Functional
Functional cookies help to perform certain functionalities like sharing the content of the website on social media platforms, collect feedbacks, and other third-party features.
Performance
Performance cookies are used to understand and analyze the key performance indexes of the website which helps in delivering a better user experience for the visitors.
Analytics
Analytical cookies are used to understand how visitors interact with the website. These cookies help provide information on metrics the number of visitors, bounce rate, traffic source, etc.
Advertisement
Advertisement cookies are used to provide visitors with relevant ads and marketing campaigns. These cookies track visitors across websites and collect information to provide customized ads.
Others
Other uncategorized cookies are those that are being analyzed and have not been classified into a category as yet.
SAVE & ACCEPT